With the Micro Scooter, Swiss visionary & pioneer Wim Ouboter revolutionized the way we get around in urban areas 25 years ago and laid the foundation for the current micromobility trend. Today, together with his two sons, he is developing the Microlino, an electric mini city car.

He didn't invent the kick scooter, he admits that in no uncertain terms. But Wim Ouboter helped the nimble vehicle gain its current popularity. With the Micro Scooter, the Swiss visionary and pioneer revolutionized the way we get around in urban areas 25 years ago. 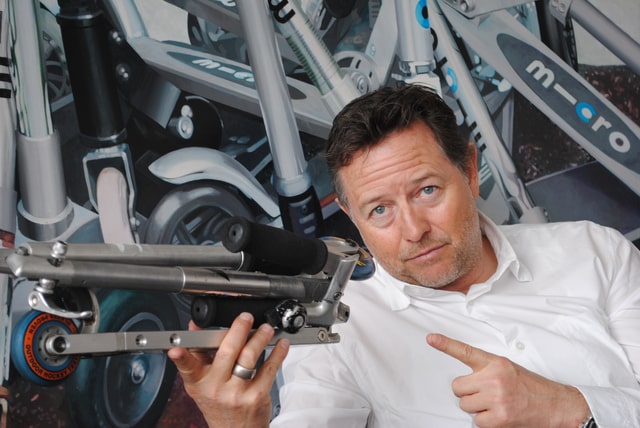 Micro's success story began out of convenience. Wim Ouboter, the Zurich-based inventor of the Micro Scooter, found the way to his favorite snack bar too far to walk, but not far enough to fetch a bicycle or even a car from the garage.

Out of this "need," he developed a vehicle in 1997 that made it easier for him to get there without much effort. It should be easy to drive, light and space-saving, so that it can be stowed away if it is no longer needed on the road. 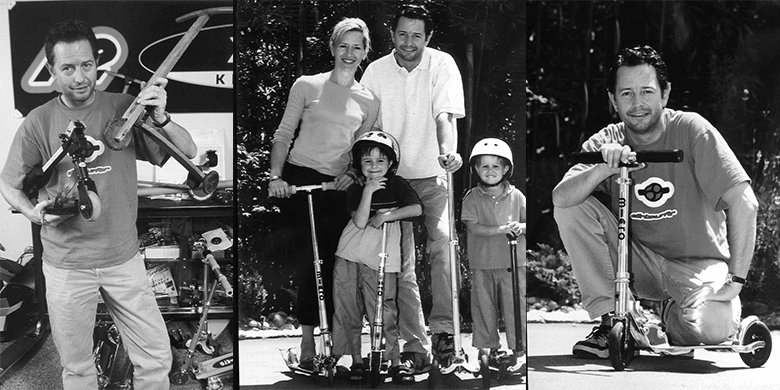 The idea of micromobility was born: Wim Ouboter sees his foldable scooter as a complement to public transportation and the car. It is intended to help overcome short so-called "micro-distances".

The Micro Scooter has sold over 90 million units worldwide and continues to be a bestseller. At peak times, Micro sold 80,000 units per day. Today, the scooters are an integral part of the urban landscape - almost everywhere in the world.

Micromobility made in Switzerland

In the years after, further innovations followed, such as the colorful Mini Micro, which gave countless children independent mobility, or the Scooter Luggage, a unique combination of kickboard and luggage. Today, the Swiss family-owned company develops, produces and distributes more than 50 different mobility products in 80 countries and repeatedly co-brands with big names such as BMW, Mercedes, Fendi, Peugeot and Samsonite. The product range extends from the popular children's scooter to stylish electric scooters and the latest coup, the electric city car Microlino, which the Micro founder developed together with his two sons Oliver & Merlin and produces in their own factory in Italy. As of today, there are already over 32,000 reservations for the vehicle.

For 25 years, Micro has been shaping the development of urban mobility with exclusive innovations. For the 25th anniversary of the Micro Scooter, we would like to add a touch of nostalgia with the Micro Navigator.

The high-quality faux leather handles, the integrated compass on the handlebar and the wide deck with wooden design give the Micro Navigator a timeless retro look and make collectors' and aesthetes' hearts beat faster.

In addition to the classic design, the ergonomic aluminum scooter offers maximum riding comfort thanks to the 200mm large, smooth-running PU wheels and the height-adjustable handlebar. In addition, the Micro Navigator can be effortlessly parked anywhere and at any time thanks to the integrated kick stand.